It’s taken some time for me to find my voice and be comfortable to write this post.

Why is that? Well, I wanted to write about conformity and in doing that, I realised just how challenging it can be to voice your thoughts, ideas, and opinions without fear of being judged or even, rejected.

When faced with the risk or fear of potentially being shut out of the ‘social group’, due to conflict, upset, or potential disagreement, we conform to the majority (publicly), in spite of not really agreeing with them (privately).

Why does that even matter?

It matters because if we conform, if nobody speaks out when they think or know something is wrong, nothing will change.

Conformity is the jailer of freedom and the enemy of growth.

I have found the last few weeks a fascinating but disturbing insight into conformity.

As tensions grew over equality, one post and commentary on Linked In really stood out for me. The individual posting spoke out in support of comedy that used race, ethnicity, and culture as part of the joke. The individual knew that he was putting himself at risk commenting on a topic that was so tense. Thousands of people commented on his post, some for, some against but what really struck me were the numerous comments thanking the individual for speaking out, for having a voice, because it encouraged them to have a voice too.

People were afraid to speak, afraid to take the action they felt was best, based on their beliefs and values.

The individual has always had to struggle to keep from being overwhelmed by the tribe. If you try it, you will be lonely often, and sometimes be frightened. But no price is too high to pay for the privilege of owning yourself.

Conformity is everywhere. At it’s most innocent it’s following fashion, it’s a puff-ball skirt or drainpipe trousers that you can hardly move in and, you know you look silly, but you do it because that’s what everyone else is wearing and you want to fit in.

At it’s worst, it’s not speaking up or taking action when you know something is morally and humanly wrong.

How is conformity silencing you?

How is conformity stopping you?

The opposite of conformity is non-conformity but what does that mean?

Having spent some time working with Nancy Kline’s ‘The Thinking Environment’ I have come to appreciate the incredible power of independent thinking. In an environment of trust and complete respect where each individuals’ uniqueness of experience, thought and speech is valued, you can see the human mind ignite.

It is where creativity and innovation are brought to life.

It is where diversity, inclusion and equality can flourish.

Your time is limited, so don’t waste it living someone else’s life. Don’t be trapped by dogma – which is living with the results of other people’s thinking. Don’t let the noise of others’ opinions drown out your inner voice. And most important, have the courage to follow your heart and your intuition.

What are you not saying that could have a positive impact and bring change for good?

And knowing you can bring change for good, what do you say? 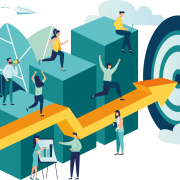 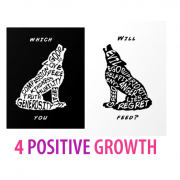 Which wolf are you feeding – the positive or the negative one?
0 replies

Want to join the discussion?
Feel free to contribute!

Contact us – Let’s talk about how we can help you

The Impact of Emotions

This website uses cookies to improve your experience while you navigate through the website. Out of these cookies, the cookies that are categorized as necessary are stored on your browser as they are essential for the working of basic functionalities of the website. We also use third-party cookies that help us analyze and understand how you use this website. These cookies will be stored in your browser only with your consent. You also have the option to opt-out of these cookies. But opting out of some of these cookies may have an effect on your browsing experience.
Necessary Always Enabled
Necessary cookies are absolutely essential for the website to function properly. This category only includes cookies that ensures basic functionalities and security features of the website. These cookies do not store any personal information.
Non-necessary
Any cookies that may not be particularly necessary for the website to function and is used specifically to collect user personal data via analytics, ads, other embedded contents are termed as non-necessary cookies. It is mandatory to procure user consent prior to running these cookies on your website.
SAVE & ACCEPT